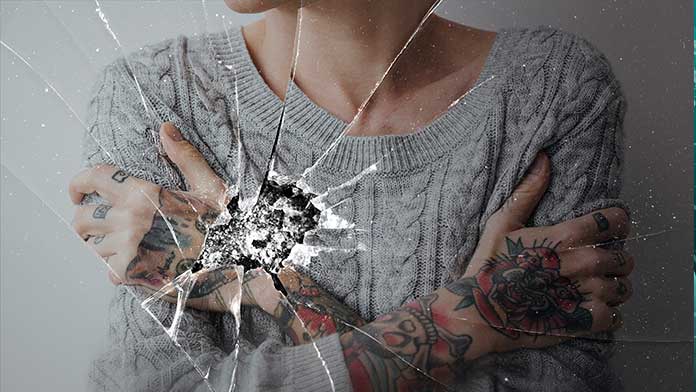 According to the European Institute for Gender Equality, vindictive pornography is a form of non-consensual pornography that involves the online display of sexually explicit or graphic images without the consent of the person appearing in the images.

As she states in APE-MPE, the person in charge of the Open Line for the illegal content on the internet SafeLine.gr Meltini Christodoulaki, seems to concern mainly women, regardless of age. In other words, it is a phenomenon that can mainly affect teenage girls, but this does not exclude the victim to be an adult.

“So far, our Line has not received a large number of complaints related to revenge pornography. However, it is a very serious issue, which unfortunately seems to be happening in Greece as well and should be addressed even if it is a few cases. Of course, we estimate that there are many more incidents than what are actually reported, so it is necessary to find ways to deal with the phenomenon “, Ms. Christodoulaki emphasizes, speaking to APE-MPE and adds:” This is a delicate issue that seems to pass over time. more and more people to take courage and report the incident that happened to them “.

The psychological state of the victims who find the courage to report what happened to them, is fragile and needs special handling.

“To this day I have women who come looking at the floor and are reluctant to face me because they are ashamed of themselves, of being deceived, betrayed and deeply hurt, as well as of choosing a partner who turned out to be such a thing. The first thought is usually what will be the reaction of their own people, the family and especially the father as in the Greek family the sexual act in the woman has been identified as something “dirty”, reprehensible and immoral. Unlike the man who is considered an achievement and achievement. These gender stereotypes are very deeply rooted and are cultivated from the cradle, when we boast of the male infant, we cover the girls not to show their body, we underestimate the sexual satisfaction of the woman in the marriage and the relationship by naming the contact as marital “Every woman must perform correctly and obediently”, emphasizes the clinical psychologist-psychotherapist, Anna Kandaraki, speaking to APE-MPE.

As it appears from the phone calls to SafeLine.gr, “common reasons for this to happen are mainly the revenge on the part of one partner to the other partner after the end of their relationship. “The mood for humiliation, ridicule and shame they want to cause to the victim are the main reasons”, emphasizes the head of the Open Line, Mrs. Christodoulaki.

In Greece, a new free innovative technology is coming to the forefront through the Open Line of complaints about illegal content on the internet, SafeLine.gr of the Hellenic Center for Safe Internet of the Institute of Technology and Research, which supports the victims of non-consensual image or video sharing. .

This new tool (StopNCII.org) offers users the ability to intervene in case they suspect that a very personal photo or video of them has been uploaded to Facebook or Instagram. The innovation lies in the fact that the user does not need to send the photos or links from the photos to anyone in order to be removed from cyberspace. It can create its own “case” (Case) through the hashing technology used by this tool to prevent the posting of specific personal images / videos.

The hashing of an image or video, is the process where using an algorithm a unique code (the hash) is created for each image and video. This code is essentially the “digital fingerprint” of the image or video. StopNCII.org then shares this hash – and not the images themselves – with participating companies (Facebook and Instagram) to locate and remove personal hardware from their systems.

“We advise these people so that they can use the tool to request the deletion of the illegal video / image from the internet. We also have the opportunity, as mediators, to request that, where possible, the content be downloaded on behalf of the victim. Our Line also cooperates directly with the Cybercrime Prosecution Unit in order to forward complaints to them whenever necessary. We are constantly trying to provide solutions to the problems that arise for our users. The creation of this new tool is already a good start in order to stop and effectively block the illegal posting of non-consensus